Beaujolais Nouveau out! but getting old hat Soon! 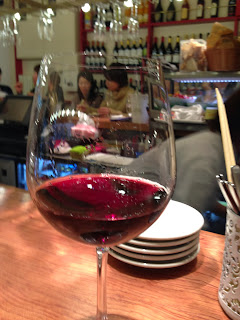 Japan may not be in the big leagues as wine consuming country, but it makes up for it with its obsession for Beaujolais Nouveau wine.
The countdown started last Thursday 21St when the corks were popped up to fill glasses with this year's harvest of the young French reds. But even in Japan the popularity of Beaujolais Nouveau wine is fading.
Wholesalers have been reducing imports of the young wine, which retailers and drinking establishments hold off on releasing until the third Thursday of November.
For me Beaujolais Nouveau wine taste is simple. It doesn't taste any different whatever year you drink it. Nowadays as many Japanese learn about wine, they start drinking wine with old vintage and rich taste, and they ask themselves "what is so great about  Beaujolais Nouveau wine ?"
My advice is that there are many other wine varieties that taste better and are less expensive than Beaujolais Nouveau wine, so why not start trying now! who knows, you might save some money and enjoy delicious wine next year as many others are paying for what for me is just a fad.
Cheers! 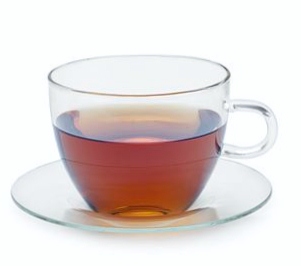 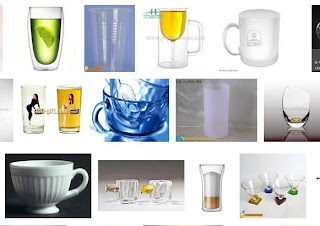 A few days ago one of my students ask me the difference between glass and cup, at that time I just gave him a glib answer, saying that generally we differentiate glasses from cups based on their shape, so we can say that there are glasses that are made not only from glass but also from paper or plastic, as well as there're cups not only used for hot drinks but also for cold drinks as well as for taking measures. I could keep on telling examples like; there are cups also called mugs because they're usually bigger and heavier than regular cups which are lighter, like glasses but that can be used for both hot and cold drinks while glasses are generally used only for cold drinks and so on.. But I'm not going to go so deep in to that, like I say simple is best, and as well as you get through with basic and simple vocabulary there's no need to worry about complicated and unnecessary details, so I'm gonna say just what I told to my student at class "The difference between glasses and cups are based on their shape" and that's it, you named as you feel ease at that moment, the most important is to communicate smoothly and not to intricate in small details. Instead I'd like to talk of something more interesting as could be "wine glasses or cups for wine".
Consider glassware. Seriously, it's something every wine lover needs. Considering that we tend to break glasses on a regular basis, even if we started the year with a full cupboard, there is always a time to replenish our supplies. So what kind of glasses should you buy for your wine lover? That's an interesting and somewhat complex question that I can only begin to answer. So let me tell you what kind of glasses you can buy for me! To begin with, I generally use only two styles of glassware: Burgundy and Bordeaux, as they are roughly known. I don't see the need for specific glasses for Syrah, Chianti, Viognier and Ripple, though you could probably find one for each. So here I found this video that is as good as hilarious, I'm sure you'll get a good time watching it and at the same time you'll get some good tips on what to look for and what to buy when shopping for glassware this holiday season.
Check it out!
Cheers! And Marry Christmas! 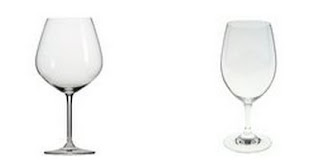 This is a very interesting question. In general, I would say yes and no. However, I'd like to break down the pricing of wine a bit to help make my point more understandable. There are basically five pricing levels for wine, which I have roughly defined in the following illustration. 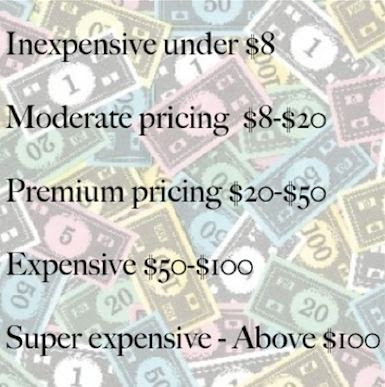 
So, what am I saying about Premium-priced wines and the super expensive wines?


Well, starting with the super expensive, the pricing for these wines tends to reflect their demand, which is based on several factors including scores, limited production, availability, and liquidity of the market.


Premium-priced wines, on the other hand, tend to be the worst value play in the world of wine.


Far too many of these wines are not really any better than their moderate-priced brothers.


They simply reflect several common factors that come into play at these price points, namely: the use of expensive oak barrels to make a "better" wine, lowering yields to increase power and concentration, the costs of marketing some major brands that play in this group, sheer ego, and the cost of setting up operations in the pricing -regions. 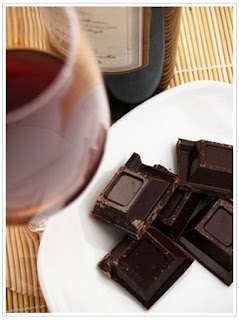 In time for Valentine's Day Wine and Chocolate

Wine and chocolate is a mysterious pairing that seems to have starkly different results for different palates. Which, of course, is fine since the only match that is good is the one that works for you. But it does make offering pairing recommendations a bit more difficult than it ought to be!
There is one standby that works wonders with most chocolate: the sweet red wine Banyuls from Southern France. Banyuls is a small wine-producing region hard up on France's Border with Spain, which may explain why they do such a great job with Grenache, or Garnacha as is called in Spain.
This tiny appellation is responsible for one of the world’s great gifts to Chocolate lovers: the sweet wines of Banyuls, a great alternative to Port.

Based on the Grenache grape, Wine seems to have the elusive balance of fruit, sugar, acidity and tannin that makes it chocolate’s perfect partner.

Similar to Banyuls and other wines of garnache grapes is Port -- in particular, the fruity style of port referred to as Ruby Port, which accounts for most of the branded port wines.

So, what is it about chocolate that makes it so hard to pair?

Well, for starters there’s all that sugar and sugar generally requires sugar to achieve a balanced food and wine pairing. In addition, sugar can highlight the acid of a particularly high-acid wine, while at the same time it can make a low-acid wine seem remarkably dull and flat.
One of the keys to pairing food and wines is trying to align the intensities of both. In this case we have both texture and the balance of sweet and bitter to deal with, so you can see how this might end up being a difficult pairing to work with. That’s why going with Banyuls or a similar Grenache wine is such an easy fall back.

Grenache is well suited to chocolate because of its fruity character, obvious but balanced sweetness, slight tannic edge and overall rich mouthfeel -- four elements that have to be taken into account to make the match work. If you’re not into Grenache, other wines can work with chocolates, but each type of chocolate might require a more specific recommendation.