The Death Car, an Urban Legend..

As Halloween day I'd like to talk about ghost stories, or rather say, something a bit more scary as could be “an Urban legend”. But First of all, I have to tell you about what a urban legend is.. The traditional “urban legend” is a kind of modern short story which most people have heard as true stories of real-life experiences, like the typical “Yuurei” stories we know in Japan. A good example of the urban legends is a story about a car and death, commonly called “the Death Car story”. This death car is, as its name suggests, a story about a car associated with a dead person; that is a ghost. In these stories the car is very significant. Here is one example. One day a man from Los Angeles breathlessly told his friend that he could pick up a $5,400 Porsche sports car for only $500. According to him, the reason for the reduced price was that it had been parked in the middle of the Desert for one week with a dead man in it; consequently, the smell of death could not be removed from it. Now, if you want your friend get really scarred, tell him this story when he gets in your car (assuming that's the death car)and see how the color of his face turns pale. This is the bare-bones story with these recurrent motifs: expensive car, low price, suicide or murder, corpse long undiscovered, and lingering smell of death. 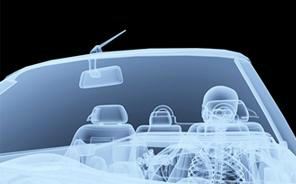 The credit and blame words in Japanese.

Recently I've got to my mind a set of words such as recognition, responsibility & reproach. In Japan there is a great number of phrases in which "credit and blame" are embedded right in to the language to asses who is responsible for what happened as well as how the speaker feels about it. The magic words amount others are "Kureru,ageru,Morau,itadaku,saseru,etc". Tagging on these verbs lets the speaker know who should get credit and who should feel thankful for the beneficial action. In the Japanese language these words are often requisite in a natural-sounding Japanese, but in these peculiar forms of expression there is implicit who might be supposed responsible or who is been benefited for something that has been done or said. 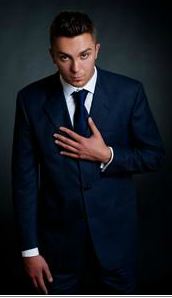 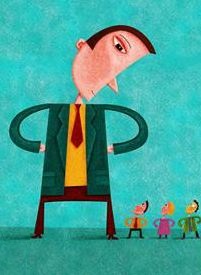 As for me, I've got to tell you that as my Japanese improves I've gotten to use more and more these "beneficial words", nevertheless I don't really feel I'm giving some credit to my interlocutor or I'm getting some kind of favor from him, I guess I've increased the use of these words just because I feel that makes me sound more natural when speaking Japanese. They of course doesn't have a counterpart or matching expression in other languages I know (Spanish and Italian beside English of course), we tend to say things or to praise straightforwardly when the situation requires it. Perhaps in English the nearest approximation is with the use of the preposition "on" for example the translation of "Mr. Tanaka ga ame ni furareta " could be "Mr. Tanaka was rained on" but this is an exceptional situation, besides there are more natural expression in English as it could be "Mr. Tanaka got wet or got soaked", I would recommend to stop trying to translate these "credit and blame"words when speaking English and get hand of a new phrase-vocabulary to clearly express what you want to say.

English may be difficult for some Japanese people but you have not idea of how difficult Japanese language could be when it comes to understand not just its words but the nuance hidden in them.
Good Luck! See you again Bye!

Dial Up, having a good impression.

「もしもし。 こちらはロスウォールと申します。何時もお世話になっております。」
“Hello, this is Mr.Roswalle. Thanks always for your kind support.”
In a world where good manners and decorum are vanishing almost as fast as the polar icecap, Japan is one country where proper telephone courtesy is still practiced, especially in the business environment.
Armed with my dog-eared copy of the “Japan Yellow Pages," I've
made several calls to government and corporate offices and obtained the information l needed. Granted,ｌ have a rasping voice and speak with a 外国人のなまり(foreign accent)，but l make a point of using proper phrases to put the person l was calling at ease.
Business-related calls generally demand the use of honorifics, and this requires some rote memorization and probably pronunciation drills. Fortunately，however, learning a dozen or so standard phrases will get you through most situations.
First, obviously, identify yourself and state the purpose of your call. if you're calling a company’s  0120フリーダイヤル (toll-free) number, have your reason rehearsed in advance，e･g･， 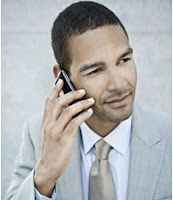 “l am calling from Kyoto City, where l just purchased a box of your product and it’s..etc,etc.”
If you wish to speak to a certain Mr. Sato that works in a big office，
it’s better to add his first name －
say Hiroshi － so you would ask，
「佐藤 博様 いらしゃいますか」“Is Mr.Hiroshi Sato there?”
Perhaps the section or person you're calling has a
「直接番号」“direct dial number.”
If you go through the main switchboard the operator might ask;
「お客様は？orどちら様でしょうか？」 “May l ask who’s calling?”
"You reply with your affiliation and surname, followed by;
「ともします」(speaking).
The response is likely to be;
｢今御回し致しますので、少々を待ち下さい｣“Please wait, I'll transfer you.”
If you are asked
「ご用件はなんでしょうか?」“What is the purpose of your call?”
You can explain, or simply say;
「“個人的な事です。」”It's a personal matter.”
Say you get put right through, only to be told;
「大変恐れ入りますが。」“I'm very sorry but .”
followed by explanations like；
「まだ会社に来ておりません」“He hasn’t come in yet.”
「ただいま電話中です・・.」“He's on the other line.”
「今ちょっと席を‥はずしておりますが・・」“He’s not at his desk now.”
This means he’s come to work but is not visible to the speaker.
「本日はお休みを取っております。・・」“He's off today.”
「今出ておりまして、本日は戻らない予定です。・・」“He’s left and probably won't be coming back to the office.”
「本日はもう帰りました・・」“He’s already left for the day.”
A helpful colleague might offer;
「おりかえし電話をさせましょうか？」“Shall l have him call you back? ”
To which you can respond;
「いいえ、のちほど あらためて電話致します。」“No,I'll call back later.”
Or you can request that you be called by saying,
「大事な用件ですので、（大至急）だいしきゅう電話を頂きたいのですが」
“It's an important matter, so I'd like him to return my call urgently.”
When you give your number, note that “zero” should be pronounced as either 「レイ」or “ゼロ,”and never as “oh.” four is always pronounced 「ヨン」 since its
other reading, 「シ,」can easily be mistaken for 「シチ」“seven”.
If you didn't get through the first time and are calling back, you can say;
「度々（タビタビ）」“Sorry to keep bothering you,”
and then take it from there.
If the person has been transferred to a new department and you're informed of his or her new number, read it back to confirm you've heard correctly, by saying;
「くりかえします or ふくしょう します。」”let me repeat that,”
Followed by the number.
A few old-fashioned people might still use the words
「市外番号(しがいばんごう)」“city code, e.g. Tokyo 03”
Or
｢局（きょく）」“exchange”.

Finally, it is very important to also end the conversation politely.
You might say;
｢それでは、よろしく」“Please remember me),”
And when you hear the other party say;
｢失礼致します」 “I'm going to hang up now.”
(Which in this particular case means that), that’s your cue to repeat the same.
Proper telephone etiquette will win favor with the
「電話当番(でんわとうばん)」“the person in charge of answering the phone and relay calls.”
This in turn can help you cut through red tape to get things done faster and with
Less confusion and frustration.
See you. Bye!
Roswalle.