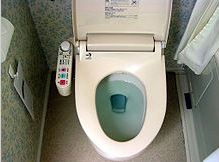 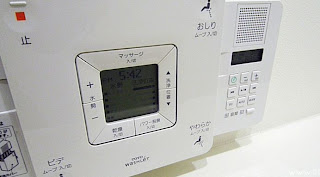 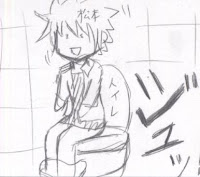 His invention was designed to prevent double flushing by women who were too concern about the residual looks after doing their thing. I visited his company and inspect how the invention worked. He said that he had tested the devise on his wife without letting her know about it. He proposed to demonstrate in my presence how the device worked. He entered to the toilet, and switched on the device. An artificial big sound of water flushing was heard. The sound was so big and long that it was easy to believe that his pissing was perfectly drowned out.. He shouted in a large voice from inside the toilet, can you distinguish? I answered in a loud voice, "Perfectly!".
A few days later he filed a patent application with the Patent Office, but eventually he abandoned the application. His company went into bankruptcy, and he could not afford to invest on his invention. I don't know whether his invention was successful in reducing the sums of the monthly water bills.. But I'm pretty sure that his invention help others to develop a new function device in the already sophisticated washlet (ウォシュレット Woshuretto?), and which artificial big sound of water flushing is not precisely for saving water but to save the embarrassment of women who doesn't want to be caught when expelling odds sounds from their bowels. See you!